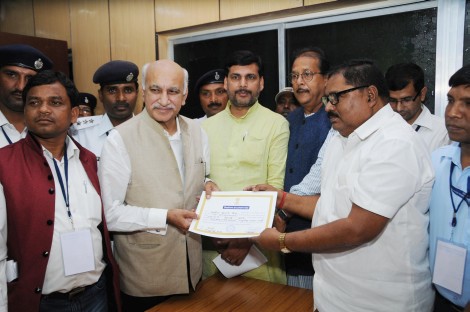 Now,the six RS MP is MJ Akbar who defeated the JMM candidate Haji Hussain Ansari by a margin of 19 votes.

In the 80(0ne seat vacant)MLA strong Assembly,77 MLAs had excercised their franchise.Three MLAs-two Independents Pratap Sahi and Enos Ekka and AJSU MLA Kamal Kishore Bhagat,who were in jail on charges of either corruption or attempt to murder and extortion,failed to turn up to cast vote.