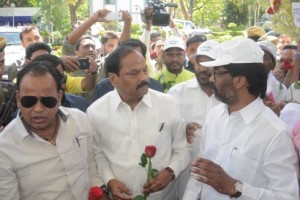 The move was part of their old strategy to mobilise people on the old issue of ‘insiders vs outsiders’ and figured on the second last day of its ongoing budget session,

Though the budget session is set to end on Friday,the state government led by Chief Minister Raghubar Das prefered not to react to the Opposition leaders’ demand.