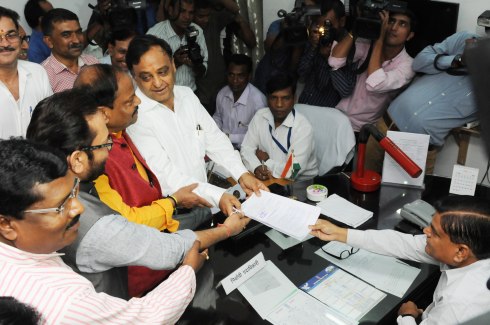 Among the three candidates who had filed nomination papers for two Rajya Sabha seats,the richest is Mahesh Poddar.

Poddar,BJP’s candidate,owns a property worth Rs 19.63 crore.He and his wife have jewelleries worth Rs 31 lakh and Rs 24 lakh respectively.

The BJP’s another candidate Mukhtar Abbas Naqvi and his wife who own a cash sum of Rs 25,000 and Rs 12,000 respectively,stands at number three.

The JMM candidate Basant Soren,son of its chief Shibu Soren,and his wife stand at number two among the three candidates,owns jewelleries -3.65 KG gold and 11.22 KG silver.He has a cash sum of Rs 30.52 crore and a bank deposit o Rs 3.93 lakh,in addition to a car-I120 and a pistol of Rs 1.52 lakh.