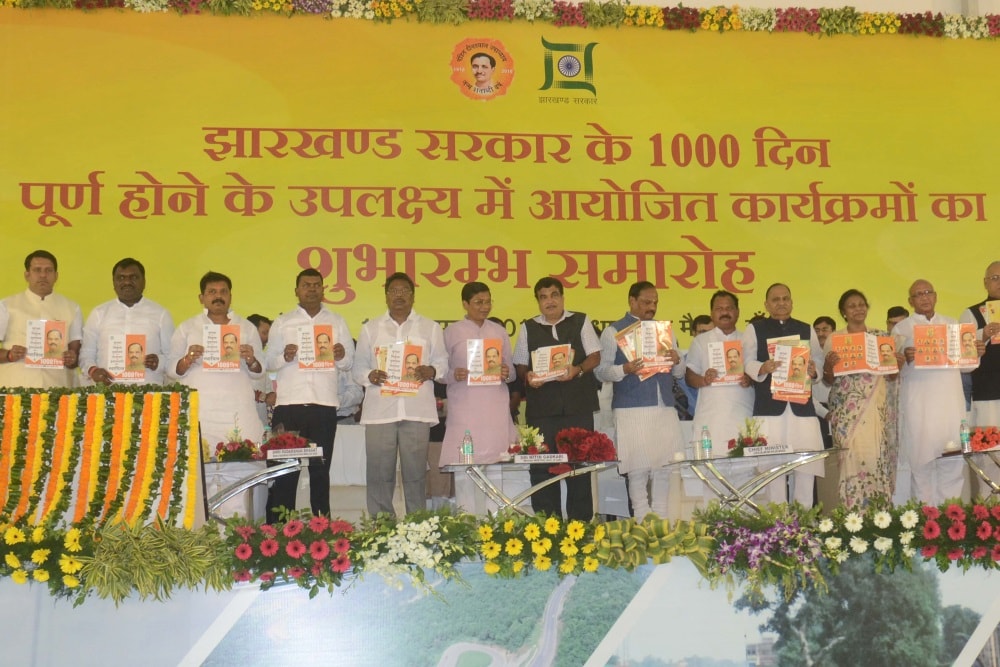 To mark the completion of 1000 days of Chief Minister Raghubar Das's government, a slew of highway projects were announced at a gala event held at Vidhan Sabha ground in Dhruwa, Ranchi on Monday.

Union Road Transport, Highway and Shipping Minister Nitin Gadkari laid the foundation stone for nine National Highways in Ranchi. Its cost is Rs. 2500 crores. Apart from this, Gadkari also inaguarated the Chas-Ramgarh National Highway, which was built at a cost of Rs 333 crore.

A booklet outlining the achievements of Raghubar Das's government on the completion of 1000 days was also released on the occasion.

Highway projects that were announced are as follows:-

1. Kachari Chowk - Bijupada road . This road will be constructed at a cost of 236 crores.

4. Devghar-Madhupur Highway at a estimated cost of 196 crore rupees.

5. Pirapanti - Godda Highway . The cost of road construction has been laid at 514 crore.

6. Godda-Panjwara Highway. The length of this highway is 12.8 kilometres.