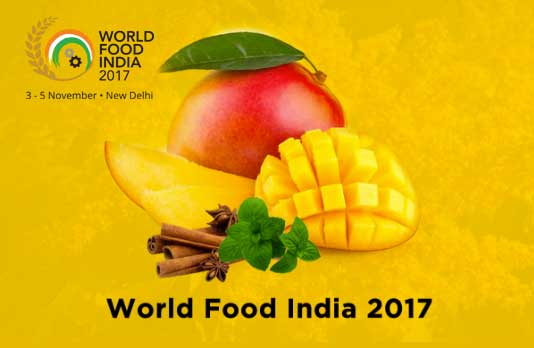 Jharkhand attended the World Food India Summit today, the gateway to the Indian food economy being held in New Delhi. The event is being organised from 3rd to 5th November 2017. The event aims at encompassing the entire food spectrum from production to consumption and creating a better sourcing environment, thereby enabling higher returns for farmers, creating employment, and fostering entrepreneurship.

Pooja Singhal, deliberated the stand of the state through a presentation on agriculture scenario in Jharkhand. She presented on Investment Climate of the state, Agri & Animal Husbandry Scenario and value chain management in Food processing sector.

Sunil K Barnwal stressed on economic strength, current standing of the state on ease of doing business. He briefly touched upon the food processing incentives in offering and confirmed the surety of getting positive response by the prospective investor.

The Chief Secretary Rajbala Verma said that the state has about 18 lakh tonnes of high quality surplus vegetables and holds top 10 positions amongst all states of India in horticulture produce. She confirmed that Jharkhand has been integrating the central schemes in its strategic planning for creating conducive business environment & upcoming ADKIC industrial corridor along with state’s planning in place, gives a perfect platform for the interested industries to start their business in the state.

The Deputy Chief of Mission, Japan Yutaka Kikuta attended the session. He said that Jharkhand has enormous potential to be the food factory of India. Japanese companies are actively considering regarding their investment in Jharkhand

The industry fraternity present in the dais lauded the efforts of Government of Jharkhand in creating conducive business environment and presented the case studies of their experience of operating in the state. Nakjo, CDG, JETRO hailed the Indo-Japanese trade relations and expected it will grow further with strong business ties between Jharkhand & Japan.

Pooja Singhal, Secretary Agriculture put forward the vote of thanks along with the invitation to the business entities in the food processing sector to visit the state for a closer look at the business environment and opportunity in offering.