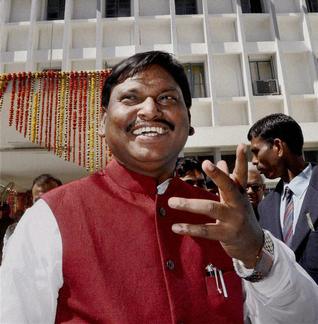 Empowerment of Panchayat has been a theme song for Jharkhandi politicians,cutting across party lines,for long.Now,when the year is about to end bringing 2014 Assembly polls nearer,the top functionaries of the state have made a series of promises to empower the panchayat in Jharkhand.

Sample the announcements made by them on November 23.

Though the elections to the three tier village administration system was held for the first time in Jharkhand in 2010,the elected panchayats lacked these powers with the result that the bureaucracy-Block Development Officer- continued to exercise control over them.

“To transfer the power from the BDO to elected Sarpanch and Mukhiya we have initiated a number of measures.We are committed to make it possible very soon”,said the CM Munda.