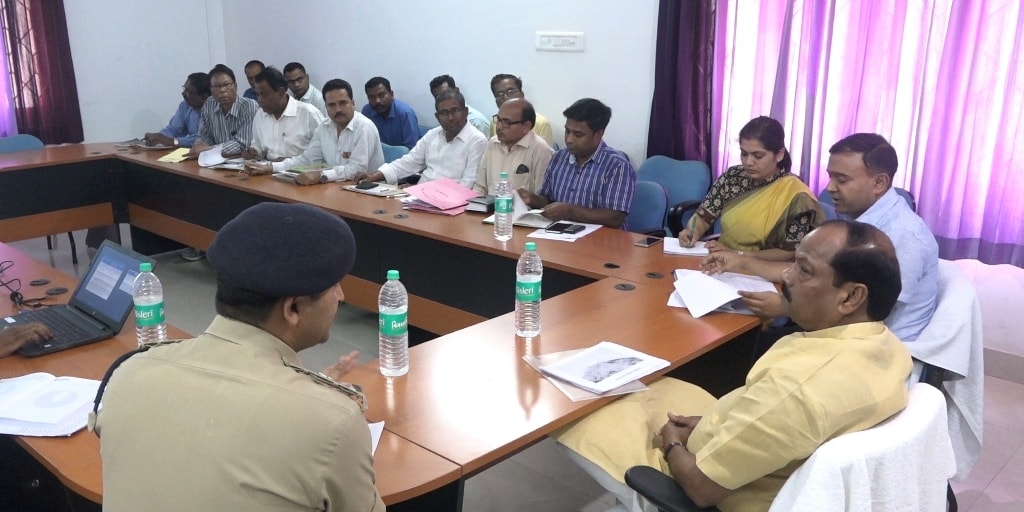 Chief Minister Raghubar Das said that the areas where poverty is high are to be identified. Due to unemployment and poverty, youth wanders and joins the Naxalites. Encourage self-employment in areas affected by Naxalites. He said that youth should be provided training for employment so that they can run their livelihood through self-employment. Shri Das said that the women of Jharkhand are very hard working. We have to make the women power as state power. By creating women self-help groups, they should be linked to works such as ready to eat, poultry, egg production, sanitary napkin manufacturing. Das was reviewing the development plan for focus area of Naxal affected Pipartand and Bhelwaghati. He congratulated Giridih police for the success of Anti-naxal operation and directed to speed up the action.
Shri Das directed that take loans of rupees 1500 crore from NABARD and work for connecting each village with main road. He instructed to speed up the work of the Electricity Department so that until the end of 2018, every house of Giridih gets the electricity.

The Chief Minister said that the work of making uniform for the students of government school should be done by women of self-help groups. Make special efforts to increase the literacy rate in rural areas, especially among tribal women. The Chief Minister said that appoint teachers on hourly-basis to overcome the situation of lack of teachers. On contractual basis at the district level, the appointment of ANM should be done so that the health service can be improved. He said that identify the areas that lead to migration and there provide training to youths to get employment so that they can get employment at the local level. A group of local craftsmen will be formed. Government will buy their products. The work of the construction of desk benches for schools will be given to the local craftsmen so quality products would be available at lower price.

The Chief Minister said that in the villages where more than 50 percent of the population belongs to the tribals, constitute the tribal development committee in that village and in the village where tribal population is less than 50 percent, the village development committee should be constituted. The president of committee will be a woman. These committees will work for selection and implementation of schemes for the village. The objective of building these institutions is to increase the public's involvement in development works. Plans will be successful only by increasing public participation.

DC Manoj Kumar told that Naxal-affected Pipartand and Bhelwaghati have been selected as Focus Area. Plans related to roads, drinking water, education and health etc. have been made by meeting with villager of Pipartand and Parashnath area. He said that skill development center has been set up in Pirtand in Giridih district and training is being provided by I-Sect to the youth in Computer Repairing, Electrical Equipment Repairing Electrification etc.

Deputy development commissioner, Circle officer and others were present.