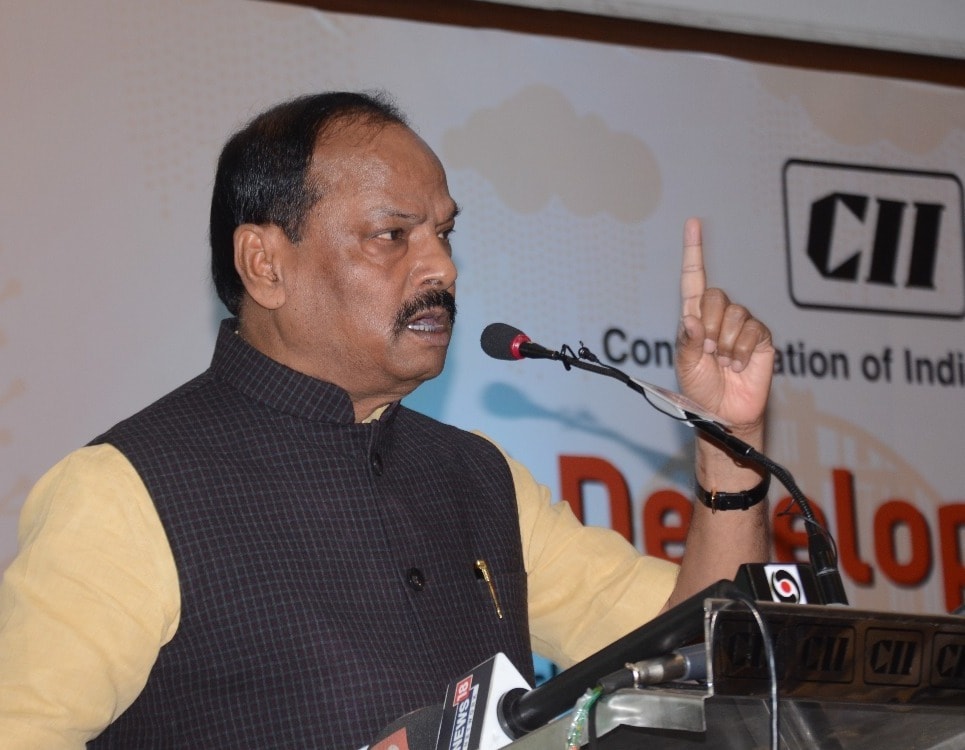 Chief Minister Raghubar Das said that the youth of the poor, tribal, scheduled castes, backward and exploited classes are no less than others. Youths of Jharkhand are hard working and state government is with them. He said that to move forward, risk has to be taken in life. For the independence of our country Bhagwan Birsa Munda, Sidho-Kanho has sacrificed everything. Similarly, we all have got the opportunity to something big, so dream big and work hard, no force can stop you from succeeding. The Chief Minister was addressing people after inaugurating Tribal Development Meet at the Hotel BNR Chanakya Ranchi.

Chief Minister said that tribals are simple and some people are taking advantage of them. Politics in the name of tribals should be stopped. Now there will be politics of development of tribals. To move forward, we have to create a visionary policy so that we can work in a planned manner.

The Chief Minister said that our vision should be clear. Prime Minister Narendra Modi always insists on three things, skill, scale and speed. Our government is working to promote tribal industrialists. The government is providing employment to people through skill development. He advised people to dream big and focus on it.

Mr. Das said that this is not my government but of poor, tribal and women. Our government is working to create a network of small-scale industries for development for Jharkhand. Our goal is that people get jobs here in Jharkhand and the state gets rid of migration.

Mr. Das said that my resolve is to bring changes in the life of poor, eradicate poverty from Jharkhand. We together will build a new Jharkhand. The government wants to cooperate so that you can proceed.

The Chief Minister said that I have suffered the pain of poverty. I know the pain of poor. I was a common man, I am and will stay. He said that in the next 3-4 months a textile factory will establish. Jharkhand's bamboo will now leave its mark in the world since it will be exported to the world through IKEA. Thousands of jobs will be created. Organic vegetable of Jharkhand has a lot of demand in Europe. We will send the vegetable to Europe in coming time. Farmers will also be able to give jobs to the people through agriculture. Through skill, scale and speed, we can eradicate poverty from Jharkhand.