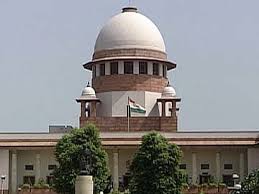 The House arrest of five so-called rights activists will continue to remain under house arrest and the police were expected to continue the investigation in connection with the violence Koregaon-Bhima in Maharashtra.

This became evident from the order of the Supreme Court on Thursday when the apex court extended till September 12, the house arrest of five rights activists in connection with the violence in Koregaon-Bhima in Maharashtra.

As per the schedule, the court heard the case. Soon, the bench headed by Chief Justice Dipak Misra took umbrage over the statements given by the Assistant Commissioner of Police of Pune on the matter, saying he was casting aspersions on the court.

The bench comprising Justices A M Khanwilkar and D Y Chandrachud asked the Maharashtra government to keep its police officials "more responsible" on matters pending before the court.

"You must ask your police officials to be more responsible. The matter is before us and we don't want to hear from police officials that the Supreme Court is wrong," the bench told ASG Tushar Mehta, who was appearing for Maharashtra government.

Also, in clear words, the bench asked the petitioner Romila Thapar and others to explain the legal validity of their petition. It directed the petitioners to "satisfy it on whether a third party could intervene in a criminal case."

The bench posted the matter for further hearing on September 12.