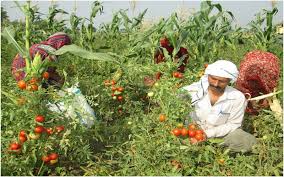 Posters have come out. Bill Boards have covered the space. And the state government led by Chief Minister Raghubar Das has placed three IAS officers.

All for the state Agriculture Department's first time in the history of Jharkhand organised mega Global Agriculture and Food Summit.

Nobody knows how much fund is being spent on this event. However, Agriculture Secretary Pooja Singhal thinks it is 'first of its kind event" at the sports complex-Khel Gaon.

The outcome is being watched by www.jharkhandstatenews to make it public in due course. The schedule announced by the Department shows, the Governor Draupadi Murmu who will be the chief guest, will address the valedictory session.

What is the objective of this Rs crore worth summit? “To provide a platform to all stakeholders of Agri ecosystem to showcase the vast agriculture and food processing potential of Jharkhand and simultaneously network with policymakers, agri equipment manufacturers, academicians, agri startups, agri ecosystem companies,” says Singhal.

Did you take note of it? If the stakeholders have not, keep an eye open and watch the outcome of the show.

Right now Singhal, who is the brain behind this event, seems to be chirping.  “After the inaugural session on the first day of the event in the second half four sectoral seminars will be held on various themes such as agricultural equipment and organic farming. One each sectoral seminar will be held by China and Israel. On the second day of the event, the delegation of World Bank will discuss with CM Raghubar Das and the government official on the various issues related to the industry.   "

Three words of the topic "Global", "Agriculture" and "Food" figure in all posters, banners and billboards. Even TV advertisements show attractive pictures showing the CM Das and Secretary Singhal. However, Governor Draupadi Murmu and farmers are not visible anywhere. In any case, whether the farmers of the state will benefit from this multi-crore summit remains to be seen, Singhal who is known for brown career records, says it is "highly technical meeting".

Many pavilions for different districts of the state in addition to modernised agriculture growth in China will be shown.

Singhal said, “Till now as many as 1,800 delegates have already registered. The delegates from five partner countries including Israel, China, Philippines, Tunisia and Mongolia will come to take part in the event.

One another country- Morocco will be the focused country. In this event, 10,000 farmers were invited. They are supposed to be participating in the event. Some of them who were recently to Isreal will attend as an audience.

At a time when Lok Sabha and Assembly polls were slated to be held in 2019, the move was perceived to reach to the media, mobilise farmers by giving them an invitation on the basis of the distance from the venue and provide food to them.