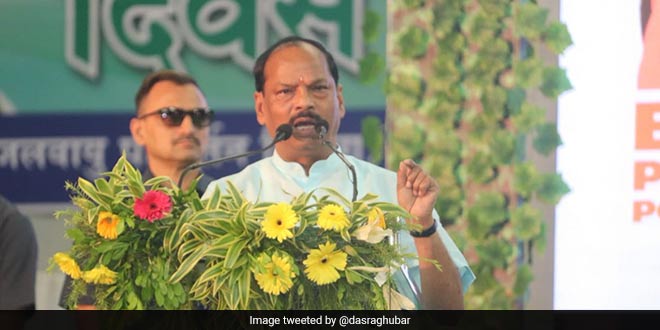 Jharkhand Chief Minister Raghubar Das said that stability is a must for development as in a coalition politics ‘Sushan’ (good governance) takes a back seat and it was his government which in its four year’s of rule has managed to convert ‘Kushasan’ (ill-governance) into Sushan and bring out a positive image of Jharkhand which was earlier known for its scams and Maoists menace.

Addressing a press conference at the Chief Minister’s residence here Das said that it was former Prime Minister Late Atal Bihari Vajpayee who gave the separate state of Jharkhand and all subsequent governments which were formed in the state tried to take the state forward but aspirations of the people were not fulfilled due to political instability as weak governments do not have the power to take strong decisions as most of their energy is spent in protecting the chair.

Chief Minister Das announced to launch Chief Minister Sukanya Scheme from January 2019. Under this scheme incentive of Rs. 5000 will be given on the birth of a daughter to her mother through DBT. Similarly on enrollment in standard 1, 5, 8, 10, 12, an incentive amount of Rs. 5000 will be given. An incentive will be given again of worth Rs 10,000 if the girl remains unmarried till the age of 18. In addition to that girl will get the assistance of Rs. 30,000 for the marriage of a daughter under Chief Minister Kanyadan Scheme. Incentive from the government will be sent directly to beneficiaries account. It will help to remove child marriages and encourage the studies among the girls.

Mr. Das said that not a single allegation of scam or corruption has been leveled against his government. He said that it was due to the strong government even the security personnel are willing to work in difficult terrains and it is due to their efforts that naxalism is counting its last breaths in the state and pointed that peace was must to make sure that development goes on in an uninterrupted pace.

Mr. Das said that if the intentions and policies are correct then getting results is not a difficult issue and he made sure that the government works with honesty and integrity and even all the officials are working hard to fulfill the aspirations of the people of the state. He pointed that it was the result of the work culture of the state government that many scheme including Jan Dhan Yojana , Stand Up India, Skill India etc have been successfully implemented in the state.

Raghubar Das said that through the Sakhi Mandals the women of the state especially those in the rural areas are being made entrepreneurs and under the Ujjwala Yojana they have been provided 47 lakh gas connections while another 13 lakh women would be getting the connections by March. Similarly Jharkhand is the only state in which property in the name of the women is being registered at just Re 1 which is also a major step towards economic empowerment.

The Chief Minister said that in these four years the focus of his government has been on agriculture and rural development as the government is of the view that the state can only progress if the villages are developed. Pointing other key achievements he said that the length of rural roads and NHAI has been doubled in the while funds from District Mining Fund are being used to provide clean drinking water in the villages.
Adding further the Chief Minister said that so far 32 per cpercentages have been provided access to pure drinking water through pipelines and a special provision would be made in the budget so that all the villages of the state get pure drinking water through pipelines by the year 2022 while homes to homeless poor in urban and rural areas will be provided by the year 2020. Adding to that he said in January itself work would commence to build 27000 homes in Ranchi.

Mr. Das said that another key area of focus in these years has remained the skill development of the youth and now one can find many job opportunities in the state. He said that on January 10, appointment letters will be distributed among 1 lakh youth. He said that the state government was working on the mantra of Sabka Saath Sabka Vikas and working to protect the rights of the poor, tribals, backwards and has ushered in schemes to bring changes in their lives and pointed that through his various ‘Jan-chaupals’ he has come to notice that tribals of the state have now become aware about development.

Mr. Das said that the government has made sure that power reaches to all homes and the villages where electricity poles and wires could not be taken have been lighten up with solar power.
However the Chief Minister said that work needed to be done in the education and health sectors in the state but for his government, challenges are opportunities and assured that the love which has been given to him by the people would be returned with path breaking development. He also urged the political parties to rise above their political affiliations and work in the interest of the people and the state. He said that it was his government only which for the first time gave recognition to the Jharkhand Andolankaris.

Raghubar Das said that in these four years if any mistake has been committed by him then he seeks forgiveness as after realizing the flaws the government has went on to correct the same in the interest of the people of Jharkhand. He also thanked his cabinet colleagues, team of officials right from the top to bottom who have worked together to make a better Jharkhand.