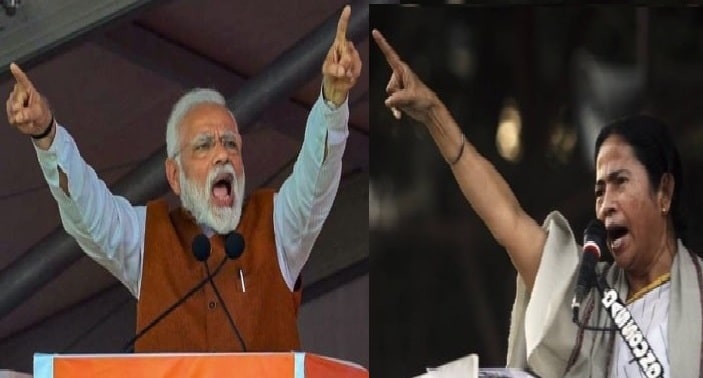 In the 2019 Lok Sabha elections, the BJP is trying to increase its tally in West Bengal by fighting Mamata Banerjee's Trinamool Congress (TMC). In recent times the party has emerged as a major force to reckon with in West Bengal. It is worthwhile to mention that West Bengal has the third highest number of Lok Sabha seats - 42- after Uttar Pradesh (80) and Maharashtra (48).

Narendra Modi and Amit Shah's frequent visits West Bengal are an indicator of the importance the BJP attaches to the state in its bid to retain power in New Delhi.

In its fight against Mamata's TMC, the BJP seems to have found an unlikely ally in CPM cadres who are silently helping them at the ground level. In its heartland states, BJP is a party with good organizational machinery. However, BJP lacks the same in larger parts of West Bengal and is a smaller party compared to TMC, which has grass root cadre. The cadre of left parties is squirming at the ruling regime's harassment after Left Front lost to TMC in assembly elections. To return the harassment, they found an unlikely friend in BJP, which is fighting tooth and nail with TMC at the ground level.

On the condition of anonymity, BJP leaders are agreeing that there is an unwritten pact between the two sides keep vigil at booths on election day wherever BJP does not have an agent.

Acknowledging what is happening on the ground, the CPM politburo in its message to its cadres have warned them - "It will be a terrible blunder. It will be a suicidal decision".

Getting wind of CPM assisting BJP in pockets, Banerjee warned her party workers against the move. "beware of them, they are helping our enemies, be careful, be alert"