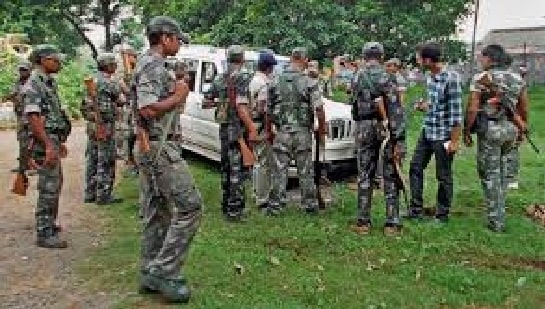 Six days after he was beaten on the charge of theft, Parvez Alam, 24-year-old youth, died in hospital in Jamshedpur on Monday. Alam, a resident of Ghagtidih village was caught committing theft and beaten up by the mob.

This was denied by the BJP leader and Urban Development minister who said, it is wrong to 'politicise' mob killing in Saraikela-Kharsawan district where this youth was beaten to death allegedly for stealing a motorcycle.

"The trend these days was to associate such incidents with the BJP, RSS, VHP and Bajrang Dal. It is a time of 'cut and pastes'-who fits what words where is difficult to say."

While the police are investing the case, cops have arrested three persons in this connection.

After a cell phone video was circulated, showing attackers forcing Aalm to utter 'Jai Shree Ram, Jai Hanuman'.Reacting on the basis of this circulated video, Hyderabad politician Asaduddin Owaisi tweeted: This is the pattern with almost all lynchings. First, a Muslim is murdered by cow lovers. Then the most ridiculous excuses begin; a 'suspicion of beef possession, theft, smuggling and love jihad. So much for Sabka Viswas when we can be killed over mere suspicion."

Investigations revealed hat Alam was on way to Saraikela-Kharsawan from Jamshedpur with some friends on last Tuesday when they were stopped,5 km from his house in Saraikela and beaten up on the charge of stealing a mo bike. He was hospitalized at Tata Main hospital in Jamshedpur where he succumbed to injuries on June 24.