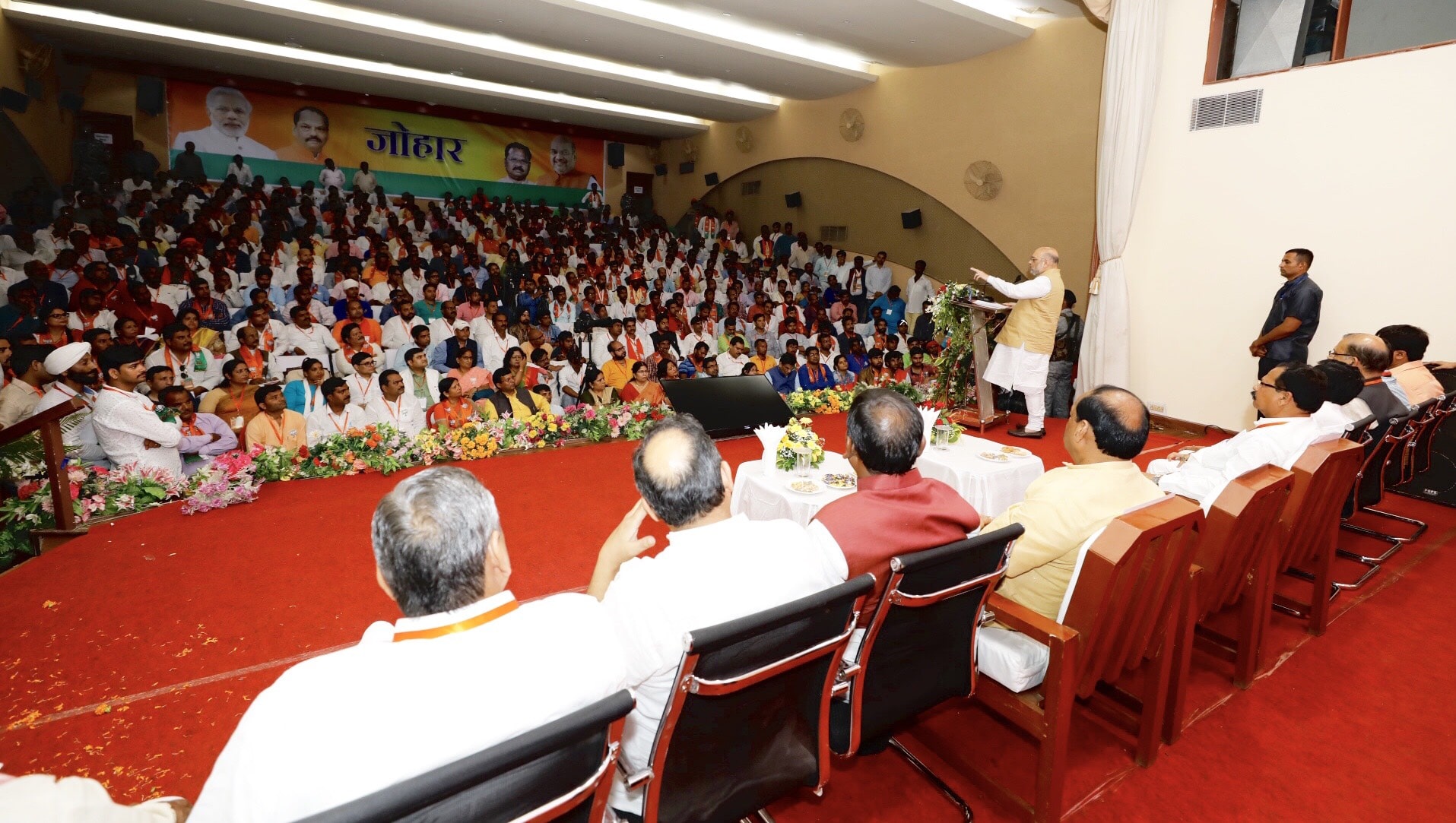 At a time when 'Mitra'(friend) of Prime Minister Narendra Modi and Chief Minister Raghubar Das is moving from place to place in Santhal Pargana, seeking votes, many guys are using social media to give him sleepless nights.

For instance, Facebook carries a video posted by a leader of opposition Hemant Soren. This video shows a tribal woman raising a question in the CM Das's public meeting-When we will get jobs. We are Matriculate, B.A...?

The CM's reply that jobs were meant for 'skilled persons in this world' was ridiculed by another tribal saying: "This CM is making a mockery of unemployed tribal youth."

Another woman belonging to OBC category in her WhatsApp message cribs claiming his husband, who carried Ayushman Bharat Yojna Golden Card, promising free medicare service worth Rs five lakh, has died at the state government-run RIMS hospital in Ranchi 'without getting any medicine and treatment.'While the RIMS authorities preferred not to respond, her message has gone viral.

Notwithstanding official claims by the state government's health department, RIMS lacked trained nurses, qualified and competent doctors. In fact, they were missing in many state government-run hospitals and clinics.

Even state government-run schools were bereft of trained and competent teachers."In my school, a teacher teaches us English in Hindi', laughs Birnu Kumari, a Class x student at Ratu High School whose parents have got her admitted in a private school due to poor teachers, reveals another Facebook message.

The power cuts were so bad that residents of several towns including Lohardaga, Chatra and Khunti have held umpteen road jams and dharnas, but in vain. In the state capital, power cuts are a daily routine.

Though this power shortage problem was cribbed by many people many times in the past, the issue caught the attention of the state electricity department on Thursday when Cricket hero MS Dhoni's wife Sakshi, who live in Ranchi, twitted that Ranchi has not been free from power cuts for long.

"In my area, there was no power for five hours(today). Many times, power remain cut off for 4-7 hours...though weather was fine and no festival"(incidentally during festivals power was cut by the Electricity Department for hours), twitted Sakshi eliciting 366 twits and 1700 likes.

Five years ago in 2014, when he was appointed as CM, Das had said and reiterated many times that  "if the uninterrupted power supply is not provided, I will quit."That is past.

Right now the BJP government led by Das with an absolute majority in 81 member Assembly, is facing the charge of not meeting basic needs- pothole-free road, school and hospital with competent teachers and doctors and uncut power supply-of people. Yet, he appears to be reflecting light on his face with painted black hair. Why?

Union Home Minister Amit Shah has declared that he will be CM again if BJP gets a majority in the forthcoming Assembly polls. More, Prime Minister Narendra Modi shook hand with him and addressed the people saying he is his 'friend.'