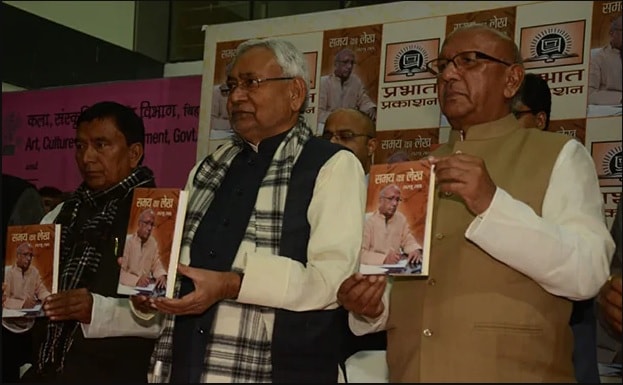 At a time when the ruling party's star campaigner and Prime Minister Narendra Modi is slated to campaign for BJP in Jharkhand-to begin with from Palamau(Medninagar)-on November 25,Chief Minister Raghubar Das appears to have turned electoral wind against his own party across the state.

Apparently,Das did so by prompting allies become foes.First,he left party's old ally All Jharkhand Students Union(AJSU) fight Assembly polls against it in the state for the first time since 2000.

Two,Das is learnt to have ensured his Cabinet colleague Saryu Rai was denied ticket by the party.Now,Rai is leaving no stone un-turned to defeat Das in Jamshedpur East constituency where he has filed nomination as Independent candidate.

Rai,who has been in link with many anti-corruption activists such as  Subramanian Swamy and Bihar Nitish Kumar,has gone on record saying:"We will work to expose him(CM Raghubar Das) and get him land in jail on charges of corruption."

While Das has preferred not to to react so far,BJP's another ally JD(U) has announced its decision to support Rai in Jamshedpur East constituency.More,Nitish Kumar can come to support him,opposing Das.This can drop a bomb in Jamshedpur East where scores of residents from Bihar were workers and small shop keepers.

An indication toward this end was given by JD(U) spokes person Rajiv Ranjan Singh alias Lalan Singh when he said that 'if'" Rai invites Bihar CM,he can come for election campaign.