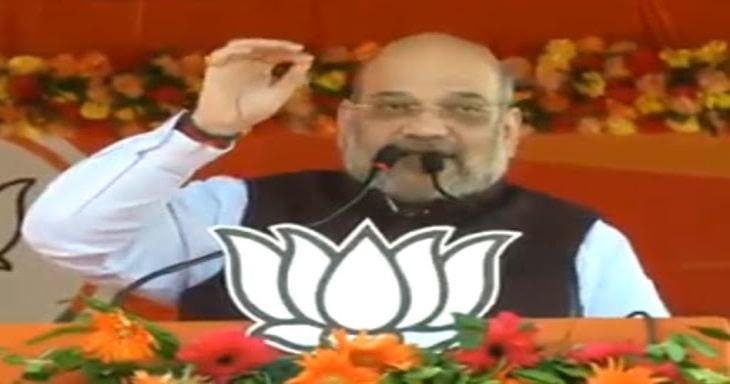 When BJP President and Home Minister Amit Shah addressed an election rally in Manika Scheduled Tribe Reserved Assembly constituency in Jharkhand, he sounded critical of the Opposition Congress and JMM.

JMM led by Hemant Soren talks about Adivasis and joins hands with the Congress."I want to ask Rahul and Sonia Gandhi, what have you done for the Adivasis during the past 70 years", he satirized.

Talking about the performance of his own party, he said that during the past five years, BJP has tried to raise the prestige of Adivasis. He also addressed an election meeting in Lohardaga.

During his speech in Manika, he laid focus on the old issue of the quota of backward class people and opined that his party BJP is inclined to provide more percentage of the reservation to them.

"BJP is planning to provide more reservation to backward class people", he said and added that while Prime Minister Narendra Modi had provided constitutional status to OBC Commission, Congress had not honoured backward people.

In fact, Manika, RJD candidate Ramchandra Singh had won in 2005. In 2009 and 2014, BJP's Harikrishna Singh had won. This time the BJP has provided a ticket to Raghupal Singh.