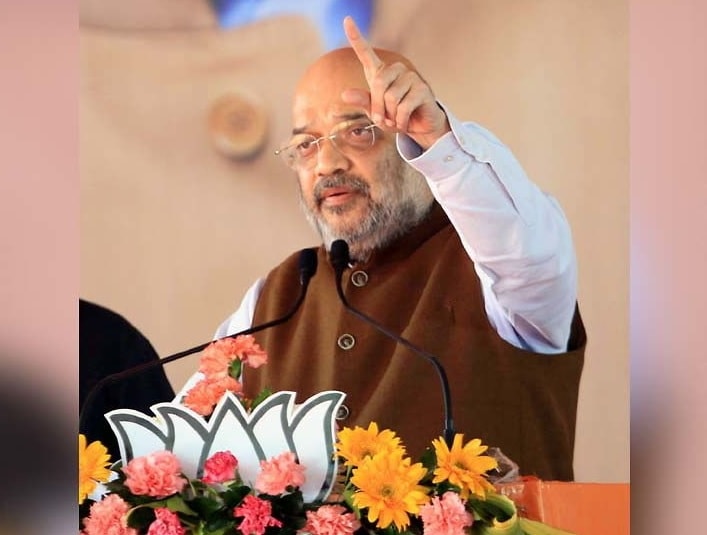 At both these places, his electoral speech centered around three main issues connected with the BJP government led by Prime Minister Narendra Modi.

First, he said, by revoking Article 370 and 35 A, the Modi government had performed 'Sri Ganesh' to finish terrorists in Kashmir.

Two, he mocked at the Congress leader Rahul Gandhi saying, "Rahul Baba, where you have seen poverty."

Shah said a plan to build a steel plant in Chatra is moving forward. It will provide employment to youths.' Next time when I come, this steel plant will be ready. In Chatra, the BJP government has built 73,187 toilets.

"Rahul Baba had taunted saying the toilet was mentioned as 'development' by our government. Rahul Baba, when mothers and sisters had to go for defaecation in open, they felt ashamed. Rahul Baba where you have seen poverty", quipped Shah.

He promised Hindus that a sky-touching Ram Mandir will be built in Ayodhya.