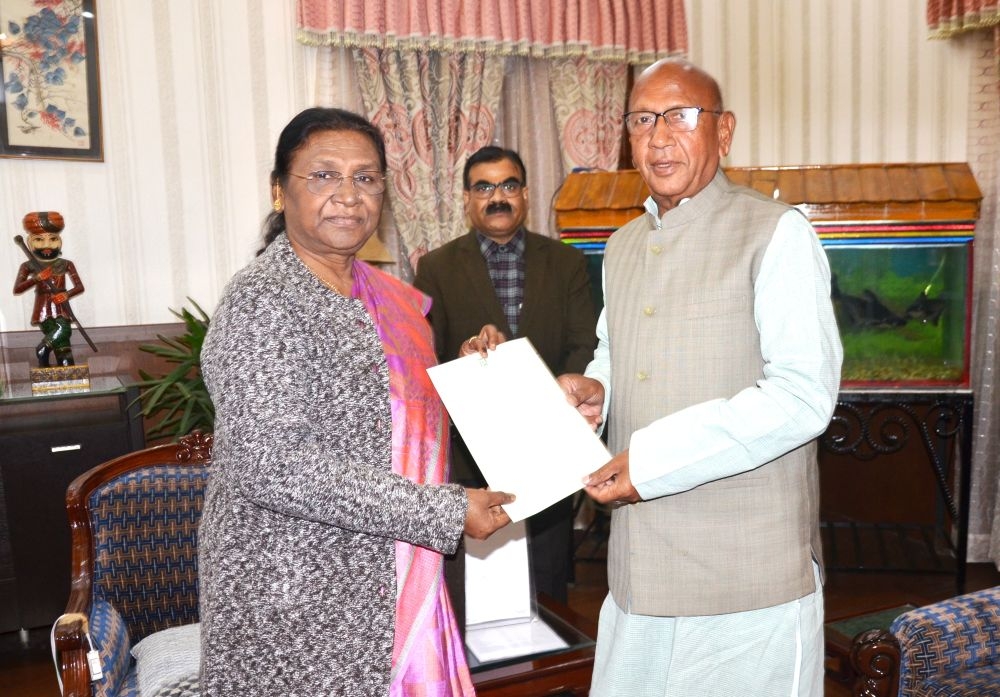 *Picture shows BJP Rebel Saryu Rai handing over his resignation as Minister in the Raghubar Das government to Governor Draupadi Murmu inside the Rajbhawan in Ranchi on December 13,2019.

BJP rebel Saryu Rai, who has challenged Chief Minister Raghubar Das in his Jamshedpur(East) constituency, seems to have cursed at him and the party led by him in Jharkhand.

Soon after he handed over his resignation letter to Governor Draupadi Murmu in Ranchi on Friday, he opined that instead of letting him resign as Minister, Chief Minister Das should have removed him from his Cabinet.

In fact, Rai who was the Food and Supply Minister in the Raghubar Das government was critical of his performance as the CM of Jharkhand. This was not taken positively by Das who is learned to have ensured that the BJP high command cornered him by not giving him ticket from Jamshedpur(West) constituency which Rai had represented in 2005 and 2014 as well.

This prompted Rai, who is widely known as an anti-corruption activist, to rebel against Das led BJP. Soon, he filed nomination paper as an Independent candidate against him in his bastion-Jamshedpur(East). The polls were held there in the second of five-phase polls on December 7.

When asked for his and the CM"s political fate, Rai predicted that the BJP under the leadership of the CM Raghubar Das will win less than 15 of 81 seats. In 2014,the ruling party had won 44 seats.

Notwithstanding Rai's prediction, Jharkhand Assembly polls 2019 results are slated to be declared on December 23.