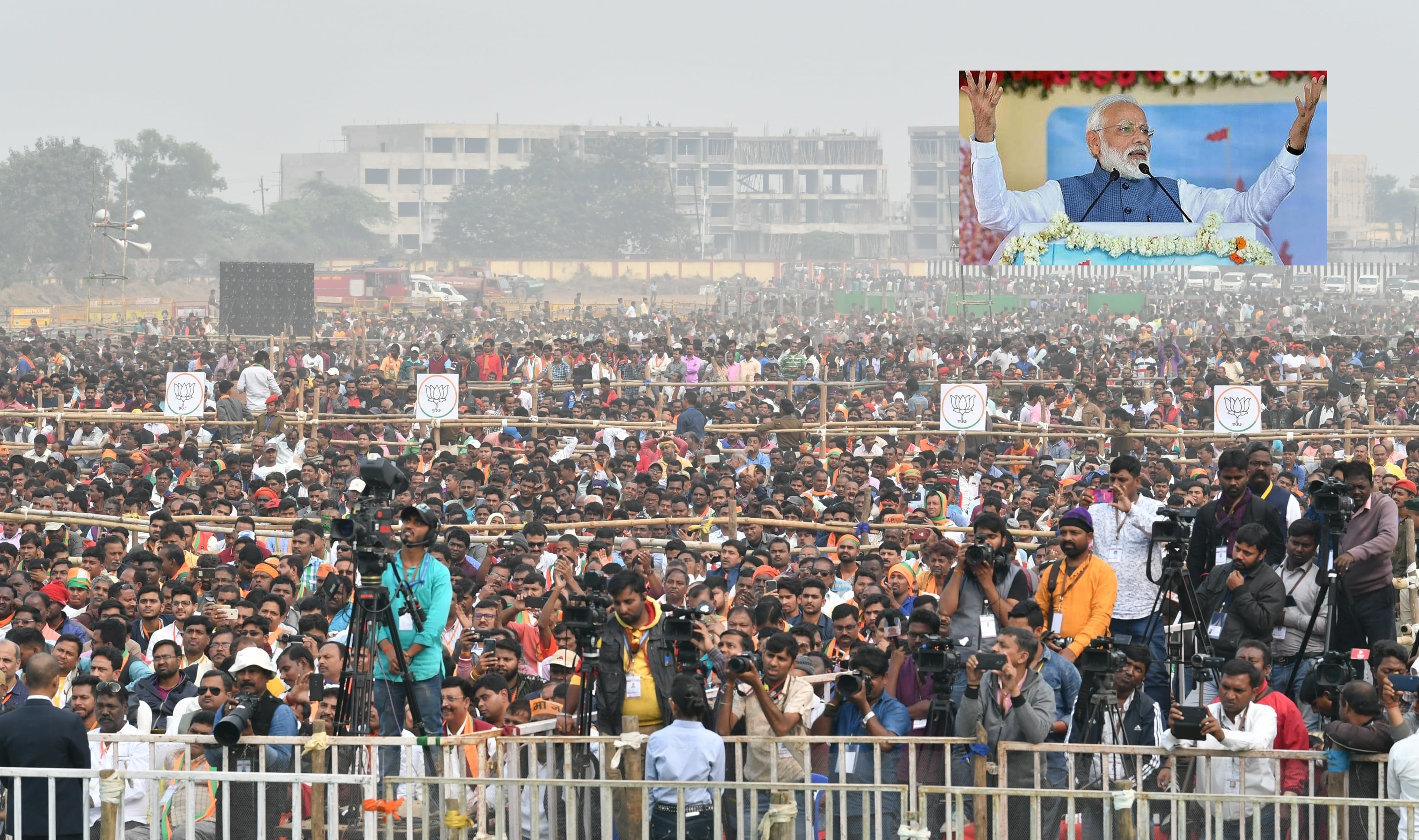 The Prime Minister is Narendra Modi.But the question is why did he visit Barhet? And what did he tell the tribals there?

Historically,Barhet is represented by Hemant Soren, acting President of the prime opposition party Jharkhand Mukti Morcha who has emerged as a popular leader among Adivasis.

In the past, Soren,ex-CM and son of ex-CM Shibu Soren, had contested two Assembly seats-Barhet and Dumka -in 2014 to lose Dumka to BJP's Louis Marandi and win Barhet to become Leader of Opposition in Jharkhand.

This time again Soren has fielded himself as JMM candidate in both these constituencies. Since he is a leader of opposition parties such as Congress and RJD and Chief Ministerial candidate, the BJP wants to corner and defeat him in Dumka and Barhet as well.

Both these Assembly constituencies, each dominated by tribals, have been strongholds of the JMM. In 2005, JMM's Thomas Soren had won it. In 2009 and 2014, the same party JMM's Hemlal Murmu and Hemant Soren retained it.

Against this backdrop, the ruling BJP appears to have selected Dumka and Barhet as prime venues for PM Modi's election rallies in Jharkhand. So, after addressing a public meeting in Dumka on Sunday, he addressed an election rally in Barhet on Tuesday.

The polls are slated to be held there in the 5th and final phase on December 20, three days before the results slated to be declared on 23rd December.

Today, while addressing an election rally at Barhet, the PM Modi preferred not to speak on local issues connected with health, education and crime. Instead, he talked about the amended Citizenship Act and said that the opposition parties including Congress were lying and creating a sense of fear among Muslims.

The PM challenged these parties saying "if they have strength, they should promise to people that if they are voted to power, they will provide citizenship to all Pakistanis."

"Even when we are working peacefully, the rats began to bite stomachs of opposition leaders", said the PM.

Prior to delivering a speech in an election rally at Barhet, PM Modi paid tributes to tribal heroes -Chand, and Bhairav as well as  Sidhu and Kanu who were said to have spearheaded the famous 1855 Santhal uprising against the British government.