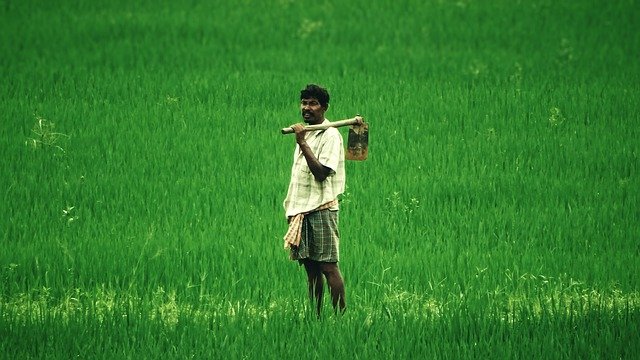 I was in school when late PV Narasimha Rao opened up India to foreign companies and industries. Then there was a huge furore that we will be enslaved by foreign companies like that of East India company once again and we will become Ghulams of foreigners.

Leading the pack who protested were Indian companies like Bajaj who had a monopoly on two-wheelers and Hindustan Motors ( Ambassador which was the only car available ) and then the usual suspects like Communists (they were still powerful in those days) Workers' union leaders and media.

I never understood why we should protest when we are getting Fords, Hondas, to the Indian market as it will create more jobs and give us better cars than those horrible Ambassador cars. I was like we should also start growing like China and Korea.

But Dad said we are protesting as we are afraid of the unknown. We are content staying poor and malnourished with the so-called Hindu Rate of Growth.

The protests went on all five years during the PVNR rule and he eventually lost after 5 years.

Today everyone says he is the man who truly liberated India and today if we are 5th biggest Economy, it is due to his policies.

The same thing happened when computers came to India.

They said it will take away jobs and everything will be controlled by software companies. But today India is a Software Powerhouse and it has created millions of jobs.

Now Agriculture Reforms are happening after 74 years of independence.

First time farmers will be free from the clutches of middlemen and dalals.

It is middlemen who become millionaires in India while farmers are always in debt and the consumers land up paying more and more for food and commercial crops every year.

These middlemen are so powerful people that they form the backbone of many parties like NCP, Akalis, Punjab congress, and many other regional parties. Hence no one tried to tamper with Agriculture Market Reforms. Once when Indira Gandhi was told to control these middlemen, she quipped back "Should we stop contesting elections!!"

Once I met a famous professor at MIT who was working on the National Agriculture Market (NAM) in India where the Indian govt had asked him to design an All India model to connect all the markets of India.

His team worked on it for two years and told the govt we can’t create a NAM until we allow farmers to sell in an Open Market. He told me the same and said in 2018 that Modi Govt if it wins in 2019, will bring in huge Agricultural Reforms in the second term which will double or treble the farmer income and since they make 60 percent of the Indian population

*And this will truly transform India.*

Hence, I was rooting for Modi to come back and bring these reforms.

These agricultural reforms are bigger than what PVNR did in 1991.

India will truly become a middle-income country as more and more people will get fruits for their labour.

Yes, many farmers are apprehensive.

They say MSP will go and hence it is a loss.

The govt will continue MSP and mark my words after a few years no one will need MSP as farmers will be selling to the best market and making more money than MSP.

They say big corporations will monopolise and control farming.

Same was told when GM, Ford, Toyota, and Honda came or when McDonald’s or KFC came.

But the fact is GM ran away from India and Maruti Motors controls 51 percent market share and Honda has 3 percent.

The same way Market forces and proper Regulations will never let someone control the whole farming.

It is too big, too diversified for any company to do it.

And most importantly the Digital Tech and Artificial Intelligence will transform market intelligence send make every farmer access to any good market without selling it to dalals or a big company.

Now the democracy has truly reached Agriculture and farmers have got their independence.

Dear friends a lot is being discussed about the Farmers Bill...

The issue was always that the farmers were not getting the right price... The farmers were dependent on the MANDIS which were controlled by the politically powerful families... this bill will stop that...

*FRIENDS IT IS VERY IMPORTANT TO SPREAD THIS MESSAGE... IF WE CAN’T COMMUNICATE THE RIGHT MESSAGE TO THE NATION... DEMOCRACY IS USELESS....*

One of the foremost and first Farmer Friendly Step has been taken by this Government in this Monsoon Session.

*APMC Act is one of the most transformative reform in Agriculture post-Independence.*

Two Bills on this legislation are passed in Lok Sabha, soon it will be an Act.

After this, Farmers will be allowed to sell their crops to the best buyer. Whosoever will purchase crop at the highest rate will buy directly from Farmer.

*Farmers will now not be forced to sell it to Mandis.*

Politicians who are playing Politics especially the Akali Dal is just because they have huge Nexus in Mandi and Procurement of Crops!

Similarly, the Yadavs have a stake in Sugar Cane Producing Farmers similar to the Pawar Family in Maharashtra.

*Politicians like Mulayam Singh Yadav, Badal Family, and Pawar Family have looted Farmers most by purchasing crops at low rates.*

Commercialisation and Corporate Farming will now increase competition and Farmers will be benefited the most.

Many Agro-based Start-Ups are coming and already working in linking Farmers directly to customers bypassing Mandis.

Mandi Politics is over and three years back, All Mandis have been made Digital by E-NAM Project and there too it is mandated to allow Farmers to sell product by Bidding.

*PM Narendra Modi is working on Farmers Improvement for the past six years and it is his constant and consistent effort that now Farmers are truly Independent and Now they don’t need to Do 'जी हुजूरी' of Politicians.*

Kudos to the PM.

My only advice to everyone, don’t get misinformed and Explain to people.

I know these Political Drama Planners will do Drama but they knew this for a year,