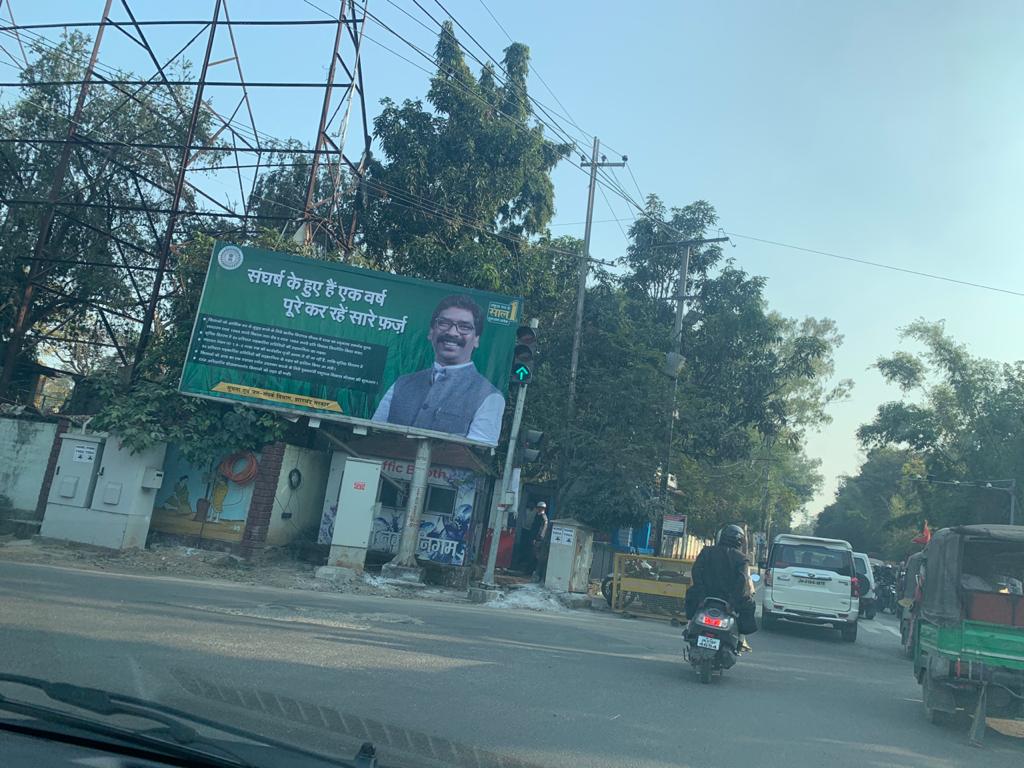 Such bill boards were  displayed across the state by the state Information and Public Relation Department of Jharkhand.Apparently,the aim was to  attract attention of the people,especially Adivasis, claiming thatthe Soren government has been busy 'fulfilling' its responsibilities.

However,the opposition BJP termed it as an attempt to hide 'misgovernance',corruption and lack of vision to develop the state. "All development programmes have come to a halt", said BJP leader Babulal Marandi. Sad thing is this government led by JMM is still 'Struggling', it says in its slogan.

In any case, the state government has organised an official blitzkrieg to highlight achievements of the Hemant Soren led coalition government  which completes its one year in office on  December 29,2020.

The Congress-RJD -JMM separately organized state-level propaganda at the state, district and block  media in charge and also expressed satisfaction over the performance of the state Cabinet and Ministers.

Bhattacharya said under the present dispensation, despite arrest of Muslim youths had come down and steps were also being taken to Corona lockdowns for months, the Soren government has addressed developmental aspirations of the people of the state.

However, the public meeting organised at Morahabadi Maidan in Ranchi on Tuesday was the highlight of the day. The state Information and Public Relation Department released files/ documents/'achievements' made by different departments, photographs and video clips etc kept in Google Drive.