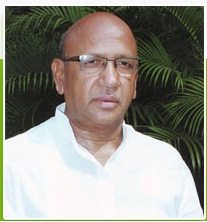 “A high level conspiracy was hatched to implicate the BJP leaders and book them under the President’s rule”,claimed BJP’s senior leader Saryu Roy.

Roy has demanded that Governor Syed Ahmad should make public as to who was behind circulating the wireless message to all officers of police stations against the BJP leaders on Friday evening at 8.45 pm.

He said that this message was sent to all police stations’ officers across the state.The message directed these police officers to point out if there were criminal cases registered against the BJP leaders including former chief minister Arjun Munda in the vigilance,CID and the police.

“Since hundreds of policemen had heard this message and the police had a record of this,I appeal to Governor Ahmad to make the identity known to people.It is important to reveal it to unravel if this conspiracy was hatched at the national level or the state government under the President’s rule was party to it,”said Roy.