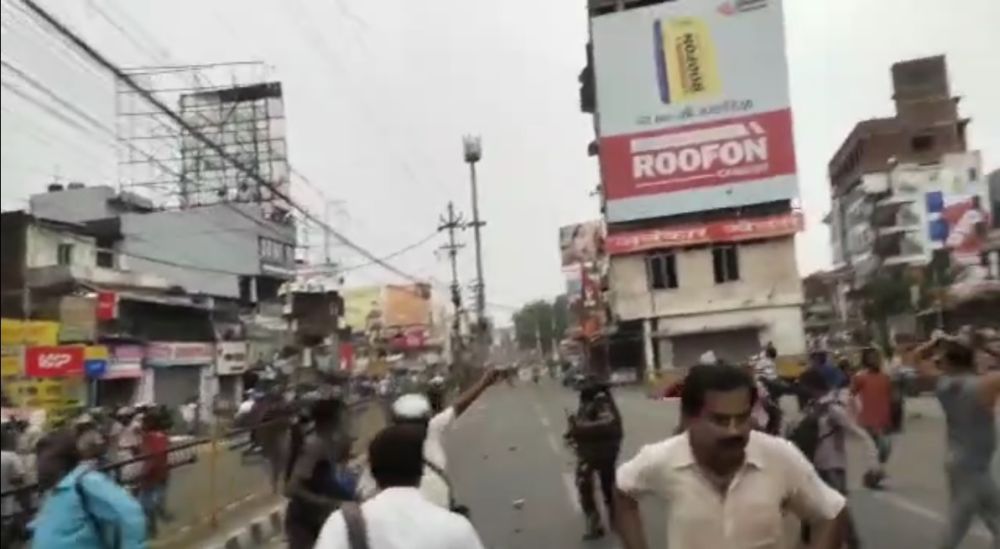 Arson, unlawful assembly, enmity between two groups. Violence. Police firing resulted in the deaths of two persons and bullet injuries to a dozen others. These sad incidents took place in the capital city of Jharkhand on June 10.

All these had turned Ranchi tense for two days. Then, police in Ranchi filed  25 FIRs booking 22 persons by name and hundreds of unidentified persons. The police had to use force, including firing, to quell the protesters, it is understood.

Now, the past is history. Ranchi is limping back to normalcy. The prohibitory order of 144 had been selectively withdrawn and shops in most parts of Ranchi opened this morning ( June 13). The Ranchi district has allowed the opening of shops in the city center- Main Road- today for five hours 1 pm to 5 pm.

Incidentally, two people had died of bullet injuries while seven others suffered from bullet injuries. They were admitted to the state-run RIMS hospital.

The violent incidents were part of a “protest” organised by yet-to-be-identified groups of the minority community against the alleged comment of the now-suspended BJP spokesperson Nupur Sharma against the Prophet.

In response to these violent incidents, a section of the minority community has strongly demanded - to book cops who opened fire without taking any preventive measures such as restricting procession in advance, opening lathi charge and or shelling tear gas.

For instance, Parvez Alam, the father of 15- year old Mudassar who had died of bullet wounds on June 10, has filed a complaint against the police yesterday ( Sunday) seeking to initiate legal action against the policemen and the “ miscreants” who had “ fired indiscriminately at the Muslim community”.

He claimed that his son was fired at by some people from the terrace of a temple nearby. One of the persons named as accused by Alan is Bhairo. Singh, who is also accused of the attack on CM Hemant Soren’s convoy years ago. Singh is out on bail in that case.

These allegations were denied by a senior police officer. “ On the basis of our preliminary inquiry, we can say that there was no firing from any temple. The allegation is baseless.”