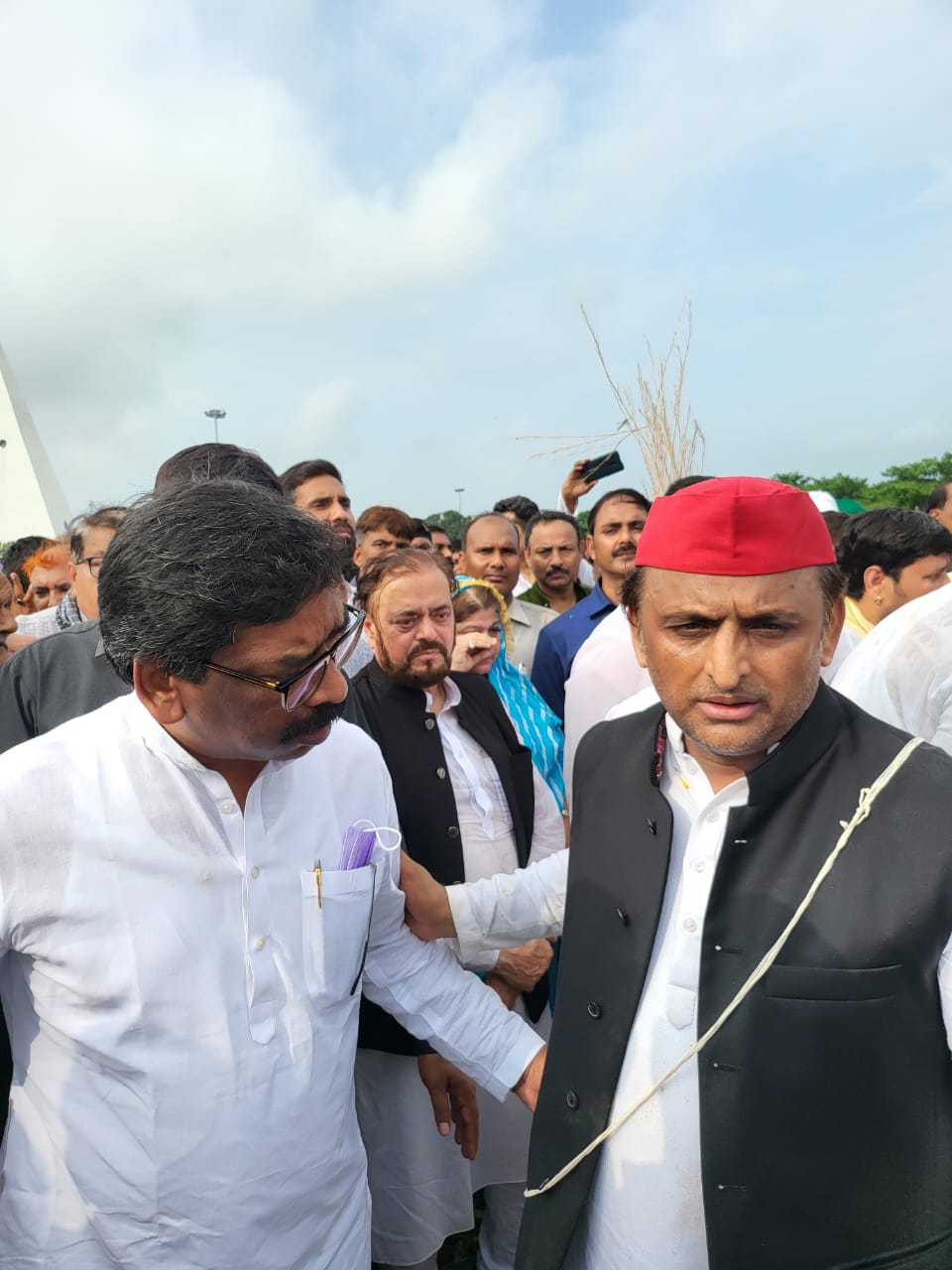 The Samajwadi Party founder and former Uttar Pradesh chief minister Mulayam Singh had died at a private hospital in Gurugram on Monday. He was 82. To participate in funeral procession, a sea of people turned up shouting “Netaji Amar Rahe…”

As the overcast sky and persistent drizzle added to the somberness, hundreds queued up for a final glimpse of their Netaji - as the political stalwart was fondly called, to pay their last respects.

They were among many others who paid their tributes to the tall leader in Saifai.