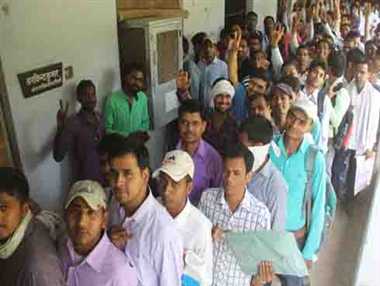 Prime Minister Narendra Modi is set to release 75,000 appointment letters on October 22 to kick-start ‘Rozgar Mela’, a drive to recruit 10 lakh people over the next 18 months.

This protracted employment fest comes on the heels of the promise he made in June to create job opportunities in the face of the mounting criticism that unemployment was on the rise.

It is not fortuitous that the drive is being launched on Dhanteras which marks the beginning of Diwali festivities with the devout praying to Lakshmi, Kuber and Dhanvantrifor prosperity and good health, and its culmination coincides with the 2024 general elections.

Electoral rhetoric about inconsequential issues notwithstanding, unemployment is one of the many real problems that can make or mar electoral fortunes of any ruling political party at the hustings.

The appointees will be absorbed in 38 central departments on posts as varied as sub-inspectors, constables, clerks, and income tax inspectors. Some of them are also expected to be appointed as gazetted officers, a highly prized achievement for those aspiring for government jobs in India’s status-conscious society.

It is significant that just three ministries, responsible for discharging some crucial functions of the state, account for more than 60 per cent of the vacancies. The Railways top the list with 2.9 lakh vacant posts, followed closely by the Ministry of Defence with 2.5 lakh, and the Ministry of Home Affairs with 1.2 lakh vacancies.

This not only calls into question the claims that technology has improved efficiency and reduced dependence on manpower,but also raises serious concerns about governance.

Considering that as on March 1, 2022, the strength of central government employees, excluding 14 lakh military personnel,was around 34.65 lakh, it is inexplicable that 10 lakh indispensable vacancies were allowed to be accumulated before launching the recruitment drive. Even the Covid-19 pandemic-induced economic disruption cannot account for this.

This assumes a greater significance as such an acute shortage of manpower would have certainly hampered the functioning of the government departments which must perform to their optimum level at all times for delivering good governance.

One cannot grudge the employment opportunities for the youth, but it should not come at the cost of the earlier promises of ‘minimum government, maximum governance and the need for administrative reforms to ensure that having landed a ‘safe’ job, the bureaucracy serves the people with compassion, as it should in any civilised country.

{The writer Amit Cowshish is a former Financial Advisor (Acquisition), the Ministry of Defence and  JNU alumnus.}