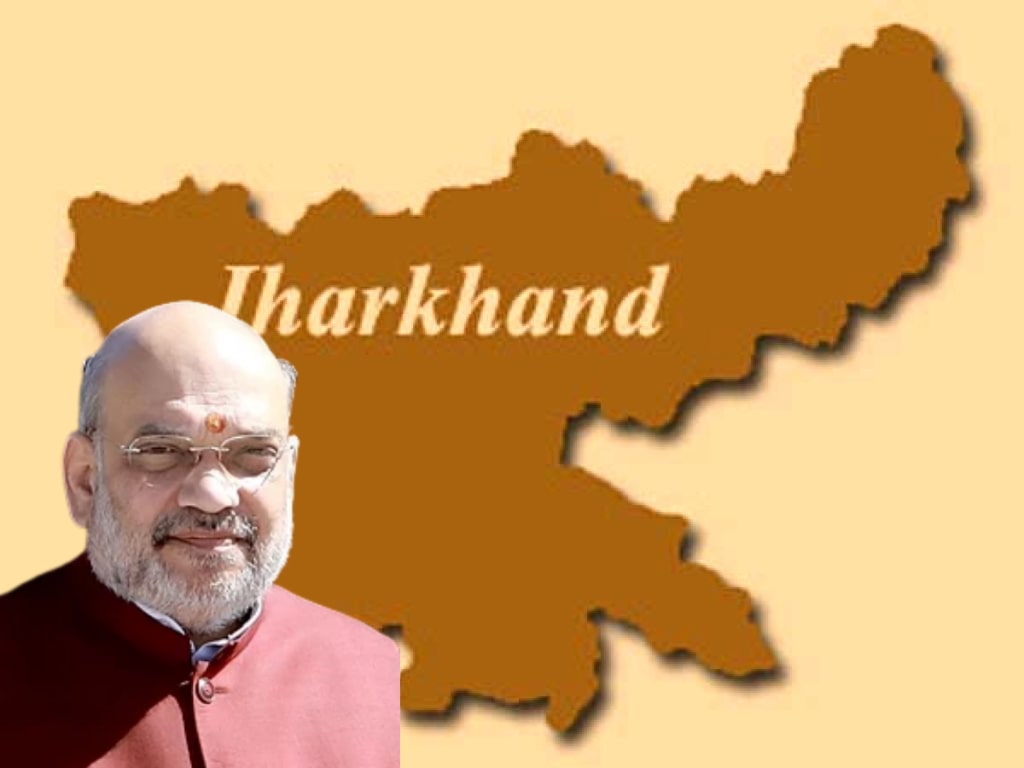 Union Home Minister Amit Shah, who landed in Ranchi on Friday, will be in Chaibasa on Saturday to kick-start the Bhartiya Janata Party (BJP)'s election campaign in Jharkhand.

This is set to begin from the Kolhan area of West Singhbhum district headquarters town Chaibasa, dominated by tribals and Maoists who were vanishing now. It is also a major iron ore mining belt in the state bordering Odisha.

Amit Shah arrived in the state capital city Ranchi this evening on his two-day Jharkhand tour. In Ranchi, he met the party's state leaders including ex-CM Babulal Marandi and state party president Deepak Prakash inside the Radisson Blu hotel by holding a discussion with them.

Amit Shah will address the public meeting organized by the BJP at Tata College Ground. After this, BJP workers and leaders, who have been busy carrying door-to-door campaigns in this land of Kolhan, an Austroasiatic tribal group in India who call themselves as Ho, apprise them of the central government schemes being implemented across the state and country at large.

The question is why has the BJP planned Amit Shah’s public meeting in Chaibasa, the homeland of Ho?

In the 2019 Assembly and General elections, the BJP was defeated by the Mahagatbabdhan of JMM, Congress, and RJD. Even its leader and then CM Raghubar Das had lost the Assembly poll in the nearby constituency of Jamshedpur in East Singhbhum district.

Since the General elections of the Lok Sabha are going to be held prior to the assembly polls before the end of 2024, BJP leadership is understood to have decided to put focus on those LS seats where the party candidates had lost the polls.