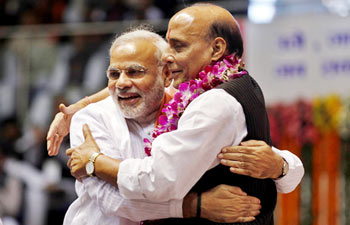 Modi,62,was the sole BJP leader to be inducted into the 12-member Board, filling a lone vacancy, giving no place to Madhya Pradesh Chief Minister Shivraj Singh Chauhan in a race in which Modi appeared to have had the advantage after his hat-trick in Gujarat.

Modi’s induction was understood to be the result of a growing clamour within the party for giving him a prominent role outside Gujarat after his third consecutive victory in the Assembly polls recently.