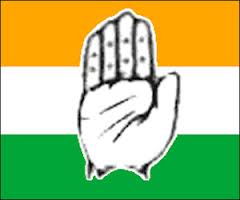 Behind the curtains move to lift the President’s Rule and install the Congress-JMM-Independents led government has reportedly picked up momentum again.

Unlike the past when the JMM chief Shibu Soren and his son Hemant had approached the senior Congress leaders in New Delhi to form the government in Jharkhand,this time,the Congress’s state unit incharge Shakeel Ahmad and its Acting president Pradeep Balmuchu were reportedly in the forefront.

Though none of these leaders were ready to speak on the subject,Ahmad had already met Soren,it is learnt.

The Assembly elections are slated to be held in Jharkhand next year end.This is also the time when the Lok Sabha polls are due.

Reports say the Congress was not much bothered about the Assembly polls.But in view of its plan to bag as many Lok Sabha seats as possible from this state,a section of its leaders led by Ahmad Patel was reportedly keen to enter into a pre poll tie up with the JMM.Hence the move.

Even the Congress leader and Union Rural Development Minister Jai Ram Ramesh,who was opposed to any move to form the government with JMM and Independents such as tainted Hari Narain Rai,Enos Ekka and Gita Koda,wife of ex CM Madhu Koda,who is in jail facing corruption charges,had admitted in Ranchi the other day that a section of his party men were in favour of forming the government.

Asked about the prospect of their move,he had said that the chance of the government formation and not formation was in the ratio of “30:70.”