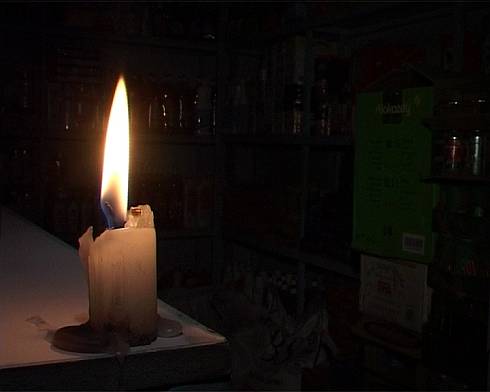 Jharkhand remains in dark.Just take a walk down the Main Road around Albert Ekka chowk.President Pranab Mukherjee is in town.Though roads are spic and span,built recently to accord him welcome,the shops are made to switch on their generators.There is no power supply,there is no street light on.

In fact,Mukherjee’s visit to Jharkhand symbolizes a status quo.The load shedding is on.The lanes and by lanes remains filthy.The flies and mosquitos continue to zoom around.

And the water supplied by the public health and engineering department to residents of Jharkhand’s capital continue to be filthy.So much so that it looks yellowish with mud and bacteria visible to eyes.

But the road and drains lining up between Ranchi air port to the Raj Bhawan are clean.Governor Syed Ahmad’s efforts and the state road construction department’s efforts to lay a smooth road has had positive effects but this improvement in the road sector has hardly anything to do with the ground situation.

While the two Advisors –Madhukar Gupta and K Vijay Kumar-worked hard to speed up the movement of files,they can not claim credit to have added any value addition to goverance in Jharkhand.Yet,the people were happy at the ground zero.They say that the roads were free from the sound pollution.”At least you don’t have those siren blowing VIP cavalcade moving with indisciplined policemen threatening and driving the law abiding citizens away from the roads with their batons”,says Sudhir Singh,a lawyer,echoing the sentiments of many citizens.

In any case,right now when Governor Syed Ahmad was hosting dinner for President Mukherjee at the Raj Bhawan,most parts of Jharkhand were reeling in darkness.