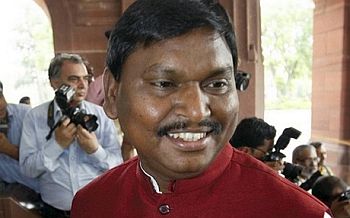 “Mr Modi has become popular due to his accomplishments in providing good goverance to the people of Gujarat.Right now Modi wave is sweeping across the country.It is bound to benefit Jharkhand as well.We will soon invite him to come and address the people of our state”,said Munda in Giridih on Tuesday.

Munda said:”Hindutva is part of cultural heritage which we can not leave.Due to Modi,there is enthusiasm among the youth.”

He criticized the JD(U) for breaking ties with the BJP and said that it does not augur well in the current political milieu in the country.