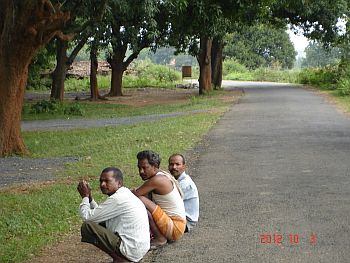 The subject of his pessimistic prediction is the move by the JMM and the Congress to form a coalition government evenas one person was injured in gunshots fired when some Congress members clashed in Ranchi during the visit of newly –appointed AICC in –charge of Jharkhand B K Hariprasad to the party headquarters in Ranchi on Friday.

Two FIRs were filed at Kotwali police station in Jharkhand capital in this regard the same day.While one FIR was filed by the supporter of the Congress legislator Mannan Malik and another FIR was filed by the supporter of its legislator party leader RP Singh.Both were rivals with each patronizing a ‘Gang of Wasseypur .Both accused each other of perpetrating the gun battle in front of Hariprasad.

As such,Kumar’s comment is symptomatic of the general discontent and dismay which the issue of formation of a coalition government comprising JMM,Congress,RJD and Independents such as Enos Ekka and Hari Narain Rai,who were out of jail on bail on charges of corruption has generated among a cross- section of the people in Jharkhand.

“The record of JMM is nothing secret.Once its leader Hemant Soren becomes the CM,the rule of law will be the worst victim”,said Ashok Tirkey,a school teacher.

In the corner of the town –Ranchi-lies a Government owned hospital.Its two nurses –Benjamin Khalko and Ritu Kumari complained:”They were saying that the process of government formation had got stuck because the JMM was not ready to reach an agreement with the Congress on number of seats for the forthcoming Lok Sabha polls.This makes little sense because even if the JMM agrees to part with a set of Lok Sabha seats to the Congress right now,there is no guarantee that it will stick to its promise when the polls are held.”

Far away in Doranda locality,a group of daily wagers ,including women clarify their point.”Whether the government is made or not,our condition will not improve.”