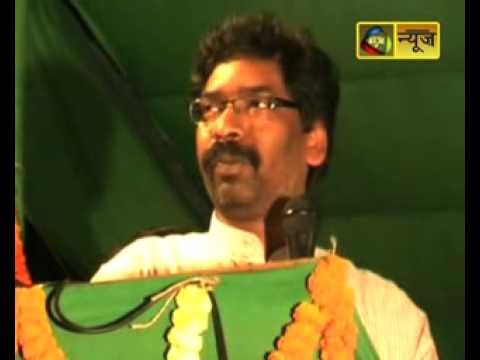 A day after two Congress leaders met Shibu Soren in Ranchi on Monday night,Hemant Soren rushed to New Delhi today to seek blessings from the Congress President Sonia Gandhi over formation of a new government in Jharkhand.

As per the JMM-Congress plan,Hemant,son of JMM supremo and former Deputy CM will be Chief Minister.His government will be backed by the JMM(18),Congress(11),RJD(5),JD(2) and seven other MLAs in the 82 member House,it is learnt.

A decision toward this end was reportedly taken in a meeting between Sorens and All India Congress Committee (AICC) General Secretaries BK Hari Prasad and Shakeel Ahmad inside the official residence of the former in Ranchi last night.

Now,Hemant Soren government is likely to take oath before the six month term of the on going President’s Rule ends in Jharkhand on June 18.