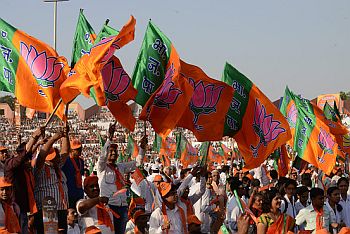 By supporting Jharkhand Mukti Morcha to form government in Jharkhand,the Congress wants to establish the rule of looters.This will not be tolerated at any cost’,fumes Jaideo Rai,president of Jharkhand Vikas Morcha’s Bokaro district unit.

These opposition leaders have begun to train guns on the new coalition in the making.The coalition comprises Congress,RJD and JMM led by Hemant Soren who is set to be chief minister of Jharkhand.