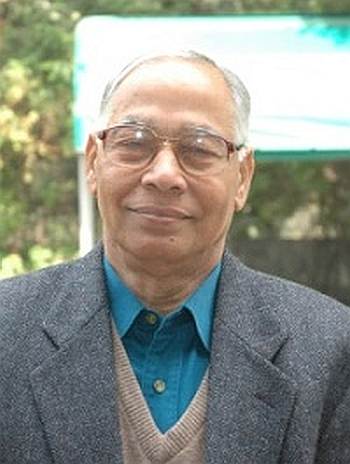 Instability in Jharkhand has been due to “politics of identity” and would stabilize with the passage of time, renowned social scientist Yogendra Singh said.

“You have seen how Lalu Prasad Yadav emerged using identity politics, using Dalit and then going down. Identity politics will not stay longer, it will only give temporary solutions,” Singh said when asked to comment on the continued absence of stability in the nascent state of Jharkhand.

Addressing the third J R D Tata Memorial Lecture at the XISS here on the 109th birth anniversary of the steel giant, the noted author of many books also hit out at consumerism saying it would only create division in the society.

“Consumerism will divide (the society),” he said and emphasized on village development for parity.

“It is necessary for access to market and trade and to other opportunities in social, economic and cultural domains”,he said.

“The qualitative improvement in these linkages through modernisation of infrastructures, reforms in agrarian laws and policies and creating attractive conditions to attract capital and investment in agro-industrial sectors are essential preconditions for truly empowering the village economy and society at large,” he said emphasising he need to bridge the gap between the haves and the have nots in this age of consumerism.

Stressing on being inquisitive and self-awareness to meet future challenges, he asked the people to ponder over raising questions like; who are we? Where we are going? What is happening?

Beginning his speech on capitalism, Singh said, “The two cardinal principles with which the rise of the progressive industrial capitalism has been associated through time are: rationality and rational entrepreneurship and continual ethical and social concerns.”

He added: “Deprivation of either of the two has affected adversely and eventually enhanced social and economic contradictions in society globally right from its beginning.”

Suggesting solutions for “The Village and Beyond: Dialectic of India’s Social and Economic Development”, the pioneer in social science said beyond the village alignment with and support from organisations, may be political parties, social or economic NGOs is essential to ensure that all legitimate demands are addressed to and realised.