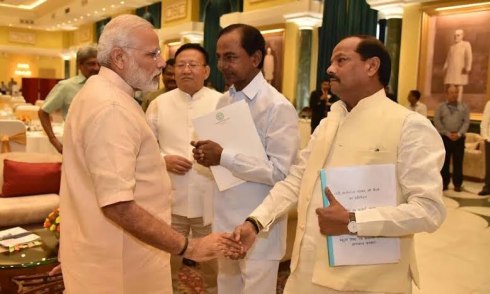 In the Inter-State Council meeting held inside the President House in New Delhi on Saturday,the Prime Minister Narendra Modi said that the nation can progress only when the Union and states walk shoulder to shoulder.

He said,”In democracy as big and diverse as ours, debate, deliberation and discussion help evolve policy that relates to the ground reality. “