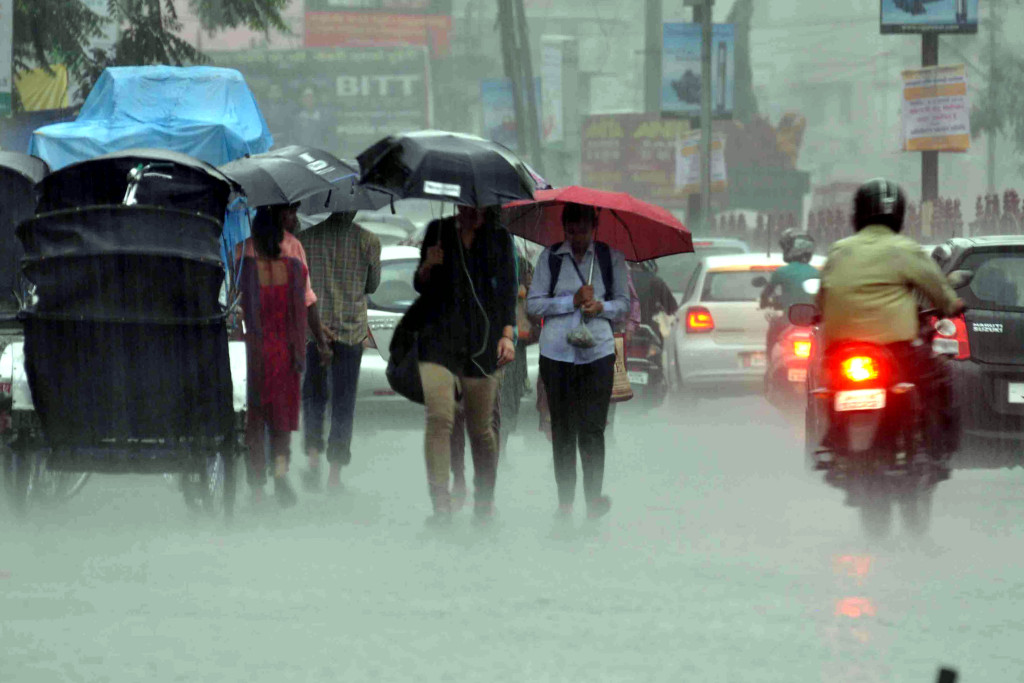 Picture by Ratan Lal shows the people walking with umbrella in main Road,Ranchi.

The Met Department on Friday said that Jharkhand will continue to get rains varying from ‘heavy’ to ‘very heavy wet spells’ in the coming days.

Till last year,Jharkhand had received deficient monsoon rains.As of now the monsoon rains were over the average figures of the last three years during June 15-July 15,2016.

During the past since Thursday morning at 8.30 am,Jamshedpur and Ranchi have recorded 125 mm and 123 mm of rains respectively.This has brought cheers among the farmers in these districts and adjoin areas in Jharkhand where paddy planting work was on.

Skymet Weather said ‘heavy to extremely heavy rains have started over the parts of Bihar and Jharkhand.These can be attributed to the axis of Monsoon trough which is currently passing through Indo-Gangetic plains.

The trough has also given good rains of varying intensity over several areas of the state”,said the Skymet Weather.”