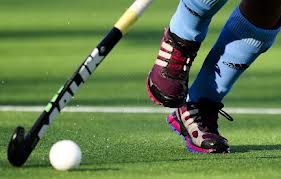 In a game that saw three goals-less quarters, Ranchi Rhinos scored a 3-1 win over Uttar Pradesh Wizards in Lucknow on Saturday.

After the first three quarters failed to produce any goals, Mandeep Singh scored twice, before Jeroen Hertzberger pulled one back for the hosts. However, Tarandeep Singh scored Rhinos’ third to put the game beyond Wizards, and ensure that his team got five full points.

Rhinos now have 22 points, same as the league leaders Delhi Waveriders. Waveriders, unbeaten in the league so far, are on top of the points table due to a better goal difference.

In this Saturday afternoon encounter, both teams played very cautiously for most part. By the end of the first half, the hosts had only one genuinely good opportunity to score, when Raghunath’s drag flick from a penalty corner was well saved by Rhinos’ goalkeeper Cortes.

Wizards were dominating the play, but were unable to convert their moves into something more substantial.

The third quarter was no different, as Wizards looked the more threatening of the two sides, with Rhinos’ backline doing a solid job. Raghunath had another go on a penalty corner, and once again Rhinos had Cortes to thank for keeping a clean slate.

The fourth quarter, however, was a completely different story. Mandeep opened Rhinos’ account in the 58th minute, against the run of play. It actually was a penalty corner that was not stopped well. However, Mandeep got the ball just in front of goal, and after mistiming his first shot that came off the goalkeeper, he made no mistake with the tap in to put the visitors ahead.
In search of an equaliser, Wizards pushed more men forward, leaving behind a big hole in defence. Rhinos patiently waited for their chance, and in the 67th minute, made the counter attack. With just three Wizards’ defenders trying to stop four Rhinos’ players, Mandeep got a perfect pass from the right flank right in front of the goal, and made no mistake in guiding the ball inside the goal.

It looked like all over for the hosts, before Jeroen Hertzberger scored possibly the goal of the tournament so far. In the 68th minute, Hertzberger got a long aerial ball from middle, and despite being in the line of the goal-post, he managed to hit the mid-air ball like a tennis double-handed forehand, scoring from the near impossible angle.

Just when it looked like the hosts could make a match out of it, Rhinos came up with the killer blow in the very next minute. Some superb passing saw Tarandeep Singh getting a good ball in front of the Wizards’ goal, and he made no mistake to seal the five points for the visitors.

Losing team captain, VR Raghunath said, “The team didn’t coordinate too well today, and our goalkeeper was a bit tardy. We take this loss as an opportunity to improve our coordination and play well in our upcoming games”.

Coach Gregg Clark, Ranchi Rhinos, said, “The team played well today and seized the third quarter. We have won our games back to back now and will continue to play with the same team dynamics and hope to maintain this momentum in all our games”.