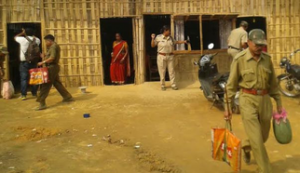 The raid against the illegal liqour sellers continued.As many as 83 cases were registered and 44 persons arrested on charges of selling illegal liquor in Jharkhand.

The raids were carried by the excise personnel following the directive of the state Secretary(Excise)Avinash Kumar.

Kumar informed that the raids launched by the state excise department personnel since July 7,as many as 83 cases were registered and 44 persons were arrested.Eight accused had managed to escape during the raid,he said.

In addition,Rs 1.67 lakh was recovered as fine from the illegal liquor sellers in Jharkhand.