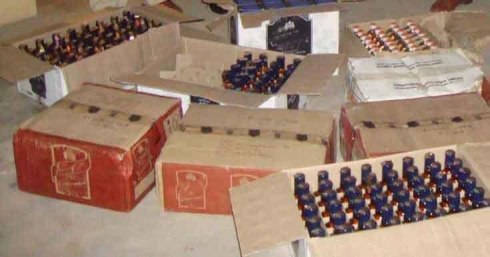 The state government’s Excise Department had launched raids on illegal liqour shops,distributors and producers,registered 74 cases and arrested 53 persons across Jharkhand.

The raids were carried by the Department personnel on July 5 following the directive of their Secretary Avinash Kumar.

“We have seized huge quantity of spurious liqour of different local and foreign brands”,said a senior officer who does not want to be identified.

Kumar informed that after conducting raids in the premises of the companies responsible for production and distribution of local and foreign liqour brands,74 cases were registered and 53 persons were arrested.As many as 11 accused had managed to escape from the site.

Among the arrested persons,5 accused were sent to jail.During the raids,Rs 1.85 lakh was collected as fine from the liqour producers and distributors,said Kumar.