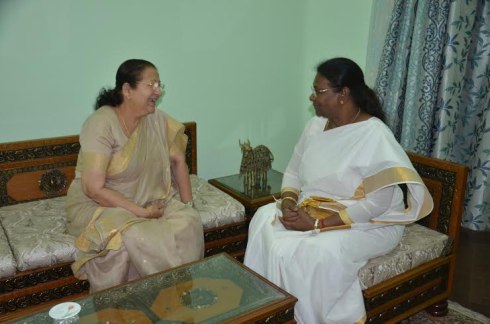 After her arrival,she met the Jharkhand Governor Droupadi Murmu.Mahajan will stay inside the Raj Bhawan tonight.

As per the RU’s report,99 students will get Gold Medals.Notably,during the past three days,2790 students who were supposed to get the Degree from Mahajan were handed over gowns to wear appropriate to the degree they are about to receive.