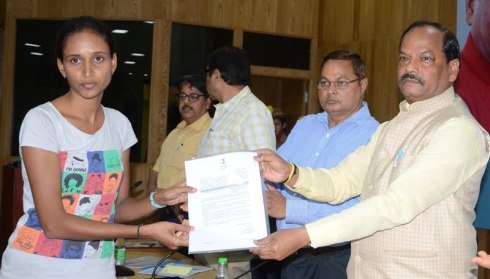 Jharkhand Chief Minister Raghubar Das on Thursday observed that maintaining law and order in the state is the responsibility of and and all.

“The image of the state is made or broken by the police.We are not the lord of the people,but service providers.With this mind set,we are supposed to work.Only then,the law and order can be maintained”,said the CM.

The CM said that the police have done a good job in dealing with the Naxals.But a lot has to be done to contain crime in town areas.”The police personnel work sensitively for the common people.Work in a way that people remember and appreciate you after you go”,said the CM inside the Project Bhawan in Ranchi.