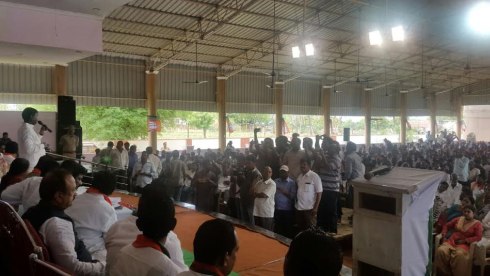 At a time when top BJP leaders were campaigning in favour of two -year old Prime Minister Narendra Modi led government at the Centre and highlighting its achievements across the country,Jharkhand ex Chief Minister Arjun Munda was not sitting idle.

Participating in the programme -Vikas Parva -at Nizamabad in Telangana,Munda addressed a gathering of intellectuals and talked about the ‘achievements made by the Narendra Modi government in the country.