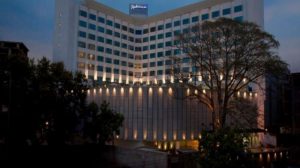 The Associated Chambers of Commerce and Industry of India on Friday organised a summit on ‘Start up,Stand up’ inside Radisson Blu hotel in Ranchi.

The summit aims to promote the Stand up and Start up India campaign launched by Prime Minister Narendra Modi.The summit was inaugurated by Governor Droupadi Murmu on Friday.

“This initiative is meant for youth having imaginative mindset.Every body should support such young persons who were job givers and not job seekers”,said the Governor.