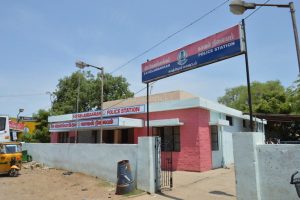 Investigation by the police revealed that the failure Yogesh Kislay,Press Advisor to Jharkhand Chief Minister Raghubar Das,to pay Rs 1 crore to them led to the abduction of his driver by yet to be identified persons.

Kislay’s driver, Jitendra Kumar Mahto was was abducted by unidentified persons from Ashok Nagar area in Ranchi on Wednesday evening before they let him off near Jamshedpur after taking away the SUV car.

Though the car was not found till now,Mahato was released after he was thrashed by the abductors who intercepted him at Ashok Nagar,beat him up and took him with the SUV.”He was released at Ghaghra near Jamshedpur.They took his mobile and car in possession by them”,said the police.

In the FIR registered with the Argora police station, the Mahato informed the police that the abductors had told him that he was being kidnapped as they had asked Kislay to pay them Rs one crore which he had not paid.

Though he told the police that nobody had demanded money from him, Kislay,who was Ranchi based reporter of India TV before being appointed as Press Advisor of the Jharkhand CM,was being questioned in public.

“The statement of the driver indicates that the abductors were either seeking ransom or demanding Rs 1 crore they had paid to him in advance to gain a contract work which Kislay somehow failed to get in their favour.”,said a source in the police.