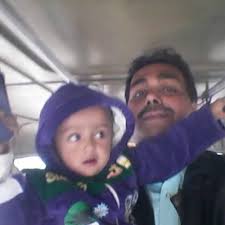 The National Human Rights Commission (NHRC) has held the case of alleged assault and torture of an NTPC officer, Rakesh Sahay, by Sunil Kumar, IAS,the then Dy Commissioner of Hazaribagh in Jharkhand,as a violation of human rights- “discourteous and unseemly behaviour”.

“The Commission would not like to go into the details of the investigation because the same is being carried out by the police.Issue notice under Section 18(a)(i) of the PHR Act,1993 to the Chief Secretary,Govt.of Jharkhand,directing him to show cause within four weeks as to why compensation may not be paid to the complainant for violation of his human rights because of discourteous and unseemly behavious of Dy.Commissioner,Hazaribagh(Sunil Kumar,an IAS officer).

More,the report of inquiry conducted by the Additional Chief Secertary, Department of Home, Prison and Disaster Management, “prima facie substantiates” the allegation levelled by Sahay ( the complainant) and makes this “an established case of violation of human rights”.

Against this backdrop,Additional Chief Secretary,Department of Home, held that “since there is no previous complaint against the officer (Sunil Kumar), this act may be considered as aberration.”

However,the Commission states a notice under Section 18(a)(i) of the PHR Act, 1993 will be issued to the Chief Secretary of Jharkhand directing him to show cause within four weeks as to “why compensation may not be recommended to be paid to the complainant for violation of his human rights”.