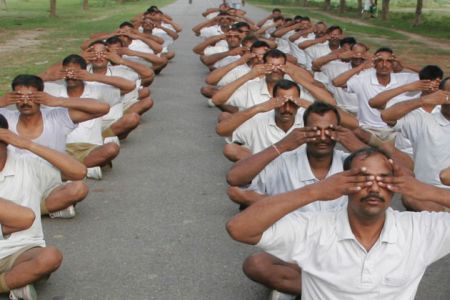 International Yoga day on June 21 and the cops in Jharkhand will start doing yoga on a daily basis.

Toward the same end,Rs 1.44 crore worth equipments are being procured by the Jharkhand police headquarters.The aim is to make the state police personnel do yoga on a daily basis to cope with the stress and strain of dealing with crime and the Left Wing Extremists in Jharkhand.

To make them do yoga,the state police management plans to hire private qualified yoga gurus,each to be paid a monthly wage varying between Rs 13,500 to Rs 27,000.