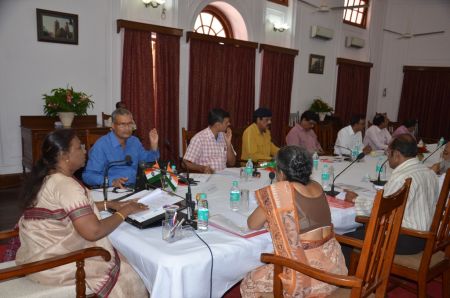 Jharkhand Governor Draupadi Murmu on Tuesday held a meeting with the members of the Bihar Eye Bank Trust and reviewed its works inside the Raj Bhawan in Ranchi.

While asking them to work with a sense of commitment,she opined that the Bihar Eye Bank had competent eye doctors and eye specialists.

By using modern equipments,they can establish name for themselves,said the Governor.The review meeting was attended among others by the Governor’s Principal Secretary Santosh Kumar Satapathy and Bihjar Eye Bank Trust Secretary Dr P.Sinha.