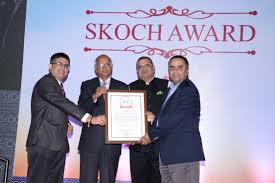 Jharkhand IT Secretary to get award in Mumbai

Believe it or not,Jharkhand is set to be recognised as one of the ‘top performing’ states under the Prime Minister Narendra Modi led government’s Digital India programme.

An information about it was sent to the state government’s Information and Technology Department by National e-Governance Division(NeGD).

As such Jharkhand IT Secretary Sunil Kumar Barnwal will receive the award on behalf of the state government in Mumbai on June 8.

As per the press release issued by the state government on Tuesday,Barnwal is going to attend a two-day(June 8-9)seminar on issues connected with Electronic,Manufecturing,Digital Service and Connectivity under Digital India programme.

The seminar is organised by CEOs Association of Inclusive India and DeitY backed Skoch Group,a Gurgaon based private company.