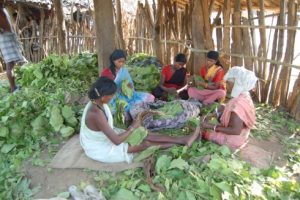 Eventhough clouds are there in the sky and many towns,cities and villages had received rain on Wednesday,the Met Department predicts that monsoon is going to arrive after June 15.

As of now,monsoon has moved over Bay of bangal and costal parts of Orissa,Jojo is quoted having told a news agency.

In any case,farmers are awaiting its arrival in the form of clouds and rain across Jharkhand.