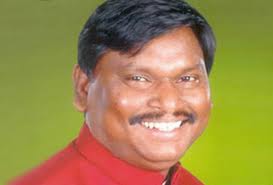 Jharkhand’s ex Chief Minister and BJP leader Arjun Munda is slated to participate in the Vikas Parv, organised by the party at Bhilwara,Rajasthan on June 1.

The Vikas Parv is being organised to mark completion of two years of the Prime Minister Narendra Modi government and showcase its achievements before the people.